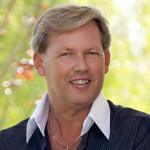 This post by Guest Blogger Christopher Lentz first appeared on Writers in the Storm, one of the best writing blogs online.

If you’re reading this, you’re probably a storyteller. That’s part “story” and part “teller.” So what do your book covers tell potential readers?

First confession: I may be new to the self-publishing world, but I’m not a newcomer to the universe of design and marketing. Since the launch of my novel, Blossom, I continue to be amazed by how many people are attracted to and comment about the book’s cover.

Though trends in romance cover designs come and go, timeless and tested truisms of marketing contributed to Blossom’s cover design. Here are five things I applied while designing what’s proving to be an impactful, engaging cover.

Second confession: If you’re looking for a guaranteed how-to list of tips for designing covers that will propel you to the heights of The New York Timesbestsellers list, this isn’t it. If you find one, let me know! What you’ll find here are some useful concepts to consider for your upcoming releases.

This is a hands-on blog discussion. You’ll need to have a book cover in front of you (printed or on a screen). Now sit back and ponder the following five points.

1. Sprinkling breadcrumbs in a backward “6” trail

Marketing studies show that the human eye scans things in a backward “6” pattern. That’s how we glance at a magazine cover in a grocery-store checkout line or the front page of newspaper on a Sunday morning (yes, some people still get ink smudges on their fingertips from reading a paper).

Take a moment and test it out. Look at your book cover. Scan it. If you’re like most people (I know, I know, you’re special), you’ll start in the upper left corner, slide down the right edge, cruise along the bottom moving to the left and end moving to the right. It’s like a backward numeral “6.”

Does the cover you’re looking at deliver something of interest at the “Start Here” spot in the upper left section and pay off the journey in the right part of the lower third of the cover?

2. Delivering between the covers

No one appreciates a bait-and-switch trick. We all want to get what we think we’re paying for.

Are the elements of your book’s cover telegraphing the story’s key themes and messages in its images, colors and fonts? Does the cover instantly communicate an accurate and intriguing pitch?

3. Seeing it as a billboard and a postage stamp

The attributes of a well-executed billboard hold true to a book on a store’s shelf. As you speed down the highway (unless you live in Southern California where speeding is impossible), there are precious few seconds to grab someone’s attention and deliver a message. Does the cover you’re looking at do that?

And with online retailing, the thumbnail version of a book cover must communicate even more powerfully. In a space smaller than a postage stamp, the cover should attract attention and evoke an emotion … and it better do it a lightning speed.

Your optometrist won’t like this, but do it anyway. Squint at your book cover. What pops forward? What fades back? Is there enough light and dark contrast? Is the book’s title the most prominent element? Is the author’s name the strongest element?

What pops should be a deliberate outcome of the key message and goal for the cover. You’ll make different choices if you’re an established author/brand or trying to set a visual context for your story. Your story and your standing in the marketplace should drive these decisions.

We’ve all heard about Thomas Edison and the overwhelming number of failures he endured. But he had to tweak and test to get his inventions right. And so do you and your cover designer. Try different options and show them to people whose opinions you value. Be sure to include some published authors.

Below are four approaches that were considered for my recent book. It’s been described as “Titanic on land.” It’s a scandalous love triangle set against the devastating 1906 Great Quake in San Francisco. Which cover gives you the greatest sense of the story that sits behind that cover?

Which one creates an instant conflict of an exotic beauty with a beast of a disaster looming? Which one has tension? The winning choice was the one with the burning cityscape.

I hope these time-tested marketing principles will help you publish book covers that tell and sell. And the next time you look at a book cover, I dare you not to squint and scan it in a backward “6” pattern!

Do you agree that the cover with the burning cityscape is the best choice? Does it pass the backward “6”test? What other clues about the story do you think are part of the cover’s design? What about the girl’s eye? The fan?

from ARHtistic License: To read a follow-up article by Christopher Lentz, see Book Covers–Speaking the Language of Color.

Christopher Lentz is a man who writes romances, a self-starter who self-publishes and a dreamer who thought growing old would take longer. He truly believes love changes everything. As a journalist, a corporate marketer and now a romance writer, his career has been all about storytelling. His first romance novel, Blossom, is now available and it is the first book of the Blossom Trilogy. For more information, visitchristopherlentz.org and blossomtrilogy.com.