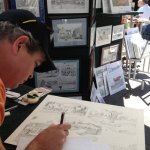 Did you go to college in the Southeast? You might want to head over to Michael James’ Etsy shop, CollegeScenes, to relive the glory days. A graduate of Clemson University’s School of Architecture, James makes meticulous drawings of stately campus edifices, like The Citadel’s Summerall Chapel, below. 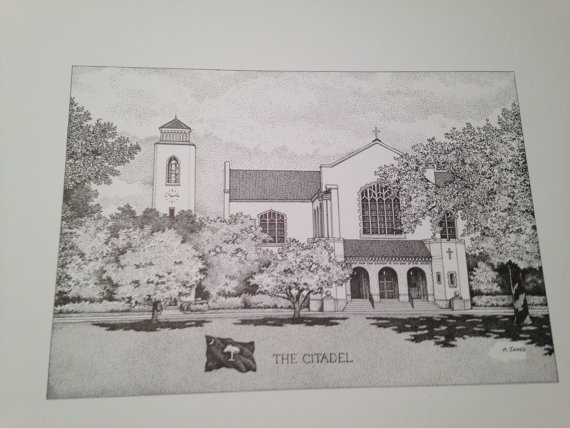 Realistic, right? Almost photographic. But if you were able to see it close up, you’d discover that it was made up of millions of tiny dots, as in the detail below:

Describing his process, James says, “I do all of the pen and ink drawing by hand, using a drawing method that combines thousands of dots (stippling) along with just a few lines. I have found out over time, that I had to use line-work sometimes to give the architecture more depth, and contrast. And of course my favorite artist is Seurat.”

James began making his pointillist drawings while a student at Clemson. “I drew a scene of Tillman Hall on their campus, sold it through the school bookstore, and it helped pay my tuition. After I graduated, I thought about expanding and drawing more college/universities. It seemed only natural, because some of the best examples of different architectural styles are on campuses.” 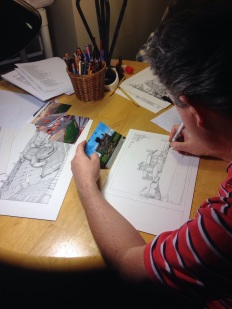 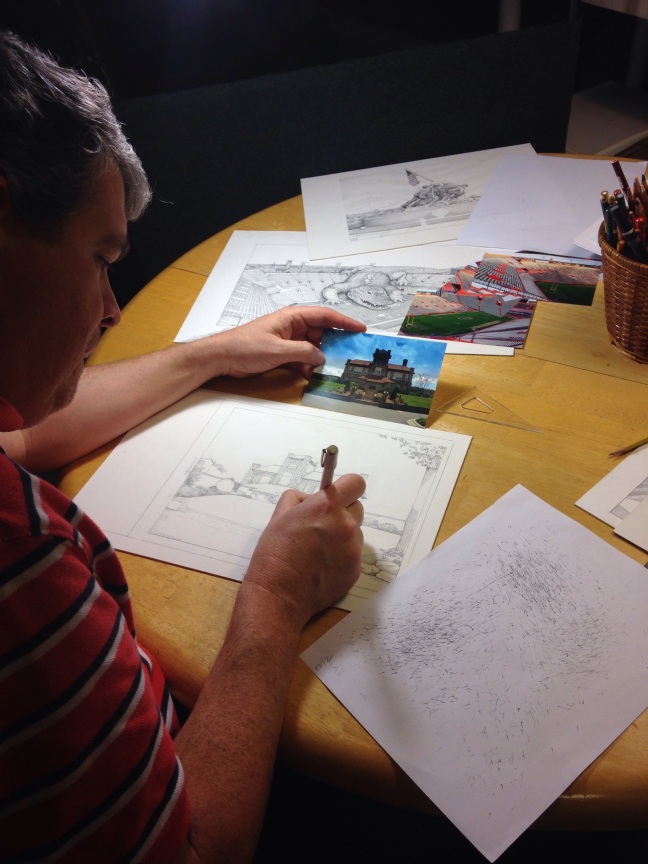 Here are some more beautiful examples of Michael James’ art: 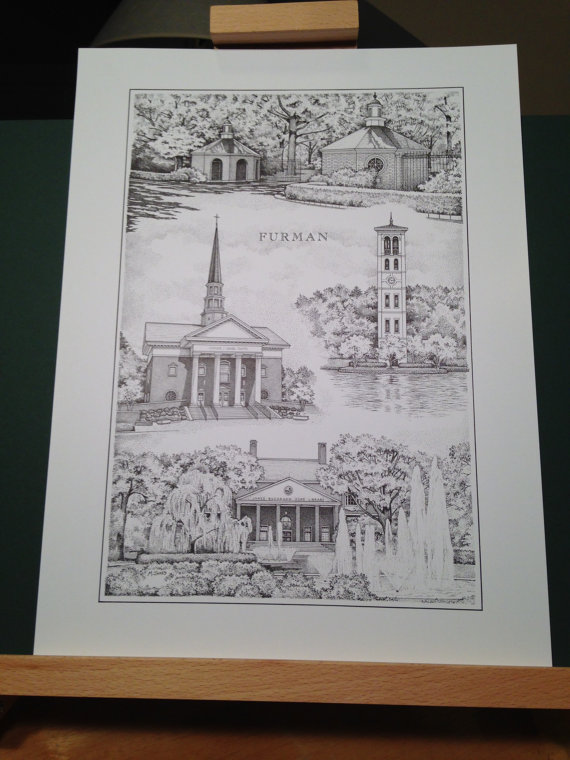 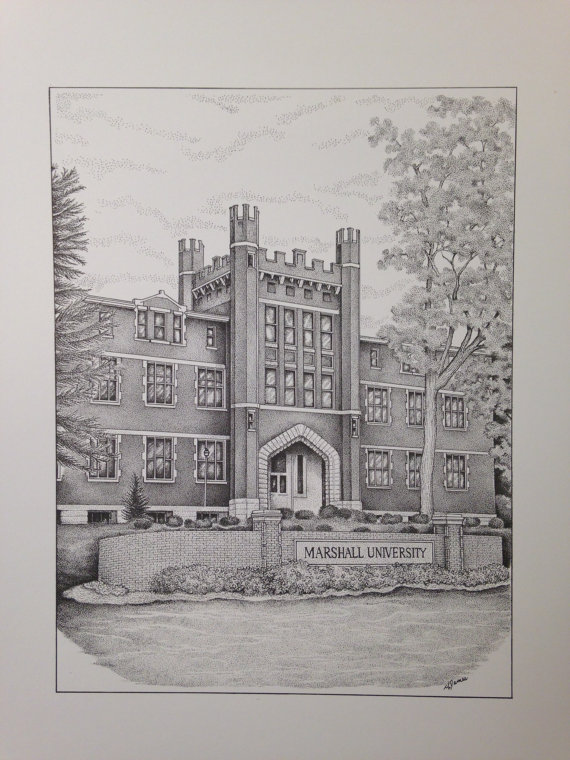 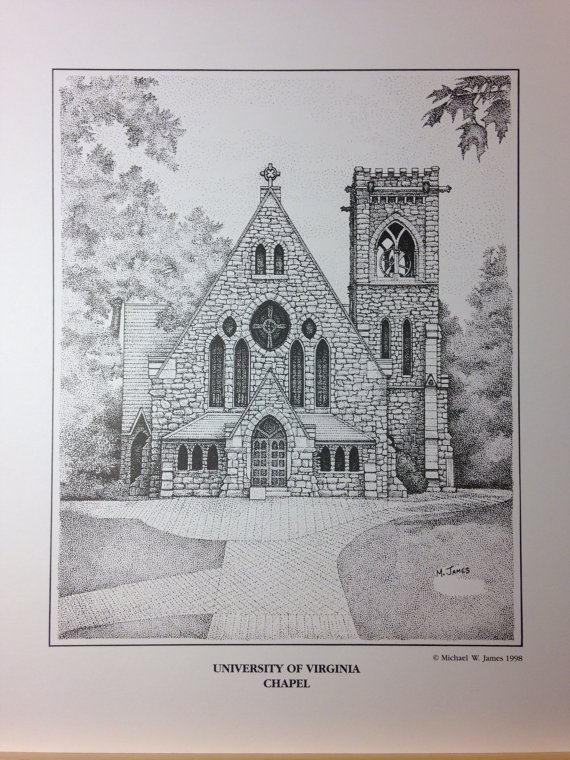 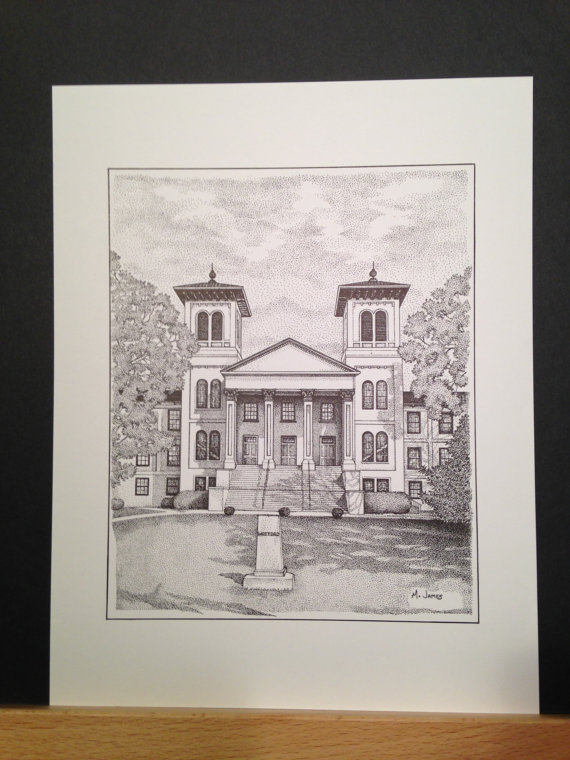 James also sells his work at arts & crafts shows, as well as outdoor street festivals. He says, “I’ve done BBQ and seafood festivals, Brewfests, Strawberry and Peach festivals, and even an Okra strut.”

I’m hoping that someday James will draw some of the finer buildings at schools that are significant to my family (hint, hint, Michael–Duquesne, Monmouth, Rowan, The College of NJ, Lafayette, Rutgers, Bennington, Smith, Arizona State…).

ARHtistic License is a forum for creative ideas. Be part of the dialog! Add your thoughts and experiences in the comments section below each post. Feel free to add a relevant link.
Join 1,383 other followers

#Books I can’t wait to read. #readinglist
Learning how to use my #HandiQuilterMoxie with #ProStitcherLite (robotic, not free motion) #longarmquilting #quilting #amquilting
Working on learning how to use my quilting machine. I have a slow learning curve. These are supposed to look like “e” and “l”. #quilting #longarmquilting #freemotionquilting
Got my Moxie! #longarm #quilting
#electionday2022 #voting #votingpoem
Heart Stack #inktober2022 #twinchietober #zentangle