I have a dear friend who begs me to describe my characters when I introduce them, so she can accurately visualize them while she reads.

However, when I read, I picture the heroine as me at that age—that’s how closely I identify with characters. And if the author describes her as tall and blond, it throws me off, until my subconscious figures out how to continue picturing a protagonist who looks just like me. 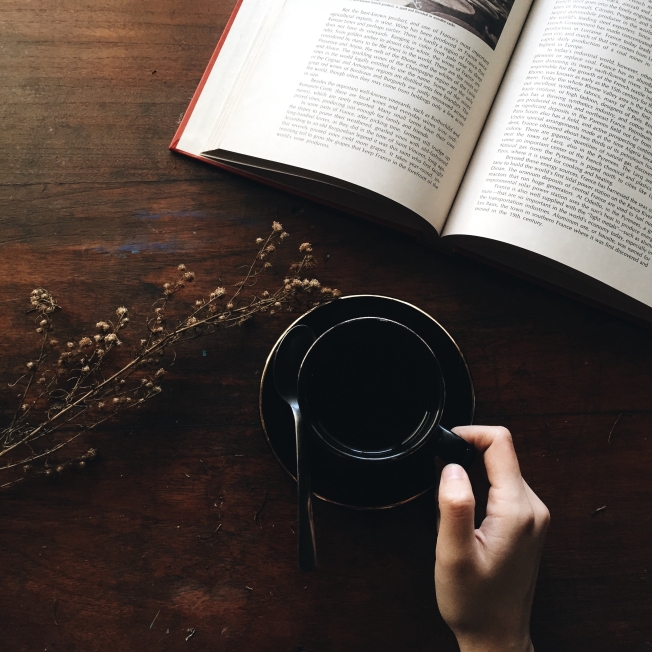 Pamela Hodges says on The Write Practice that “You do not need to tell your reader everything about your characters. Create a bond with your reader by leaving room for their imagination in your story.”

Authors must find the perfect balance of telling readers just enough for the story to make sense and come to life, without sharing so much that readers are crowded right out of the story. Our goal as storytellers should be to create a partnership between our own imaginations and that of our readers’. If we’re describing every little detail—both pertinent and not—what we’re creating instead is an on-the-nose narrative that has literally been described to death.

This is not to say that description has limited value in fiction. Laura Drake, in an article on Writers in the Storm, says, “Descriptions nowadays have to do double, and sometimes, triple duty. Because through it, you can show: worldbuilding, tone, foreshadowing, and most important, emotion.”

How much description is enough? Include only enough details to make the picture come alive for the reader. Employ more than one sense, but you probably don’t need all five. Word your description in such a way that it sets mood as well as establishing the visual. Stephen King says, “Description begins with visualization of what it is you want the reader to experience.”

Need an example of too much description? Old literature is full of it. Here’s an excerpt of Oscar Wilde’s Picture of Dorian Gray:

From the corner of the divan of Persian saddle-bags on which he was lying, smoking, as was his custom, innumerable cigarettes, Lord Henry Wotton could just catch the gleam of the honey-sweet and honey-coloured blossoms of a laburnum, whose tremulous branches seemed hardly able to bear the burden of a beauty so flamelike as theirs; and now and then the fantastic shadows of birds in flight flitted across the long tussore-silk curtains that were stretched in front of the huge window, producing a kind of momentary Japanese effect, and making him think of those pallid, jade-faced painters of Tokyo who, through the medium of an art that is necessarily immobile, seek to convey the sense of swiftness and motion. The sullen murmur of the bees shouldering their way through the long unmown grass, or circling with monotonous insistence round the dusty gilt horns of the straggling woodbine, seemed to make the stillness more oppressive. The dim roar of London was like the bourdon note of a distant organ.

169 words describing Lord Wotton’s surroundings and what he thought about it. What do we lose if we cut it down to:

From where Lord Henry Wotton lay smoking, through the window he caught the gleam of the honey-coloured laburnum blossoms, whose branches could hardly hold their flaming beauty. The shadows of birds in flight flitted across the long curtains, producing the momentary effect of swift motion, like a Japanese-style painting. The sullen murmur of the bees buzzing through the unmown grass, circling with monotonous insistence, made the stillness more oppressive. The dim roar of London was like the sustained bass note of a distant organ.

84 words. Does it convey the same image without totally decimating Wilde’s voice? His version sent me running to the dictionary. Here are my reasons for my revisions:

Do you agree that where description is concerned, a few well-chosen words are all that’s needed? Or do you believe description is where the author shows his skill in painting a detailed image, using all the vocabulary at his command? Share your position in the comments below.