If it weren’t for the cacti and other vegetation, you might think you were on the moon, due to the unearthly sandstone formations scattered about Papago Park, a unique hiking destination minutes away from downtown Phoenix.

The property that is now Pagago Park was designated a reservation for the Maricopa and Pima tribes in 1879. In 1932, a bass hatchery was located there as part of the Works Progress Administration projects following the Great Depression. 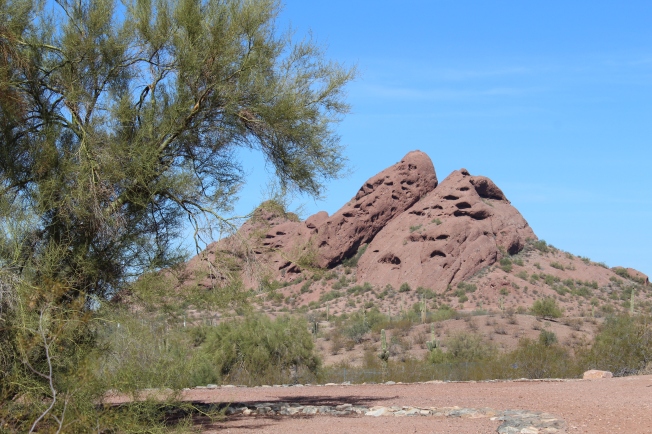 From 1942 to 1944, Papago Park housed a World War II prisoner of war camp, where over 3,000 mostly German soldiers were detained. On December 23, 1944, 25 prisoners escaped. After a few days trying to survive in the desert, they turned themselves in.

One of my biggest surprises, when we moved to Arizona nearly 30 years ago, was that the desert is quite green. Not only do cacti grow there, but also bushes and trees. 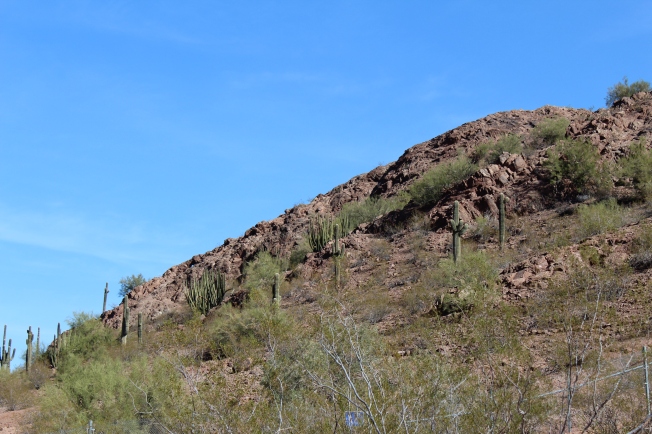 The picture below shows a view of the iconic Camelback Mountain in nearby Scottsdale. See the camel’s head and hump?

Haze hangs over the city (just barely visible on the horizon, below) due to “inversion,” which causes particulates (dust) in the air to be trapped near the surface because of the surrounding mountains. 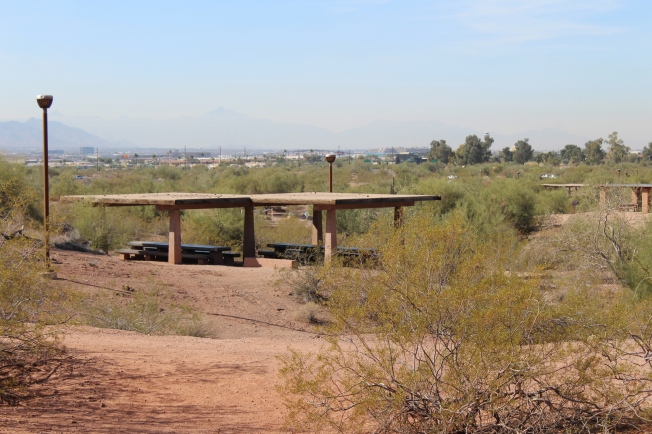 How does a bush grow right out of the rock?

The roads and parking in the park are well-planned and partially hidden by vegetation in some places. You don’t have to walk very far to feel all alone in the desert. Two other major attractions, the Phoenix Zoo and the Desert Botanical Garden, are also located in the park. Literally hundreds of people come to the park every day. 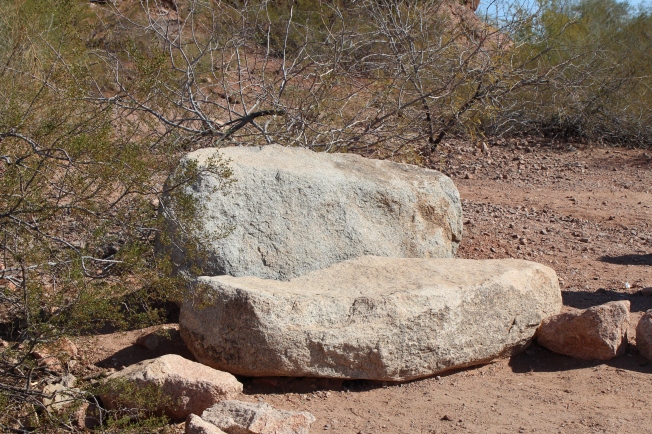 The trail up to Hole in the Rock. I have hip issues, so I didn’t go all the way up. It’s not too hard, but it’s a little steep for an old lady not at her best.

Remember about ten years ago when everyone was worried about the killer bees coming north from South America? Guess where they settled. Yep. Arizona became home to a large percentage of the unwanted immigrant bees. They’ve interbred with the local bees and are less threatening now than they used to be. I haven’t heard of a death in a long time, but for a while, a few people and dogs were severely stung every year. 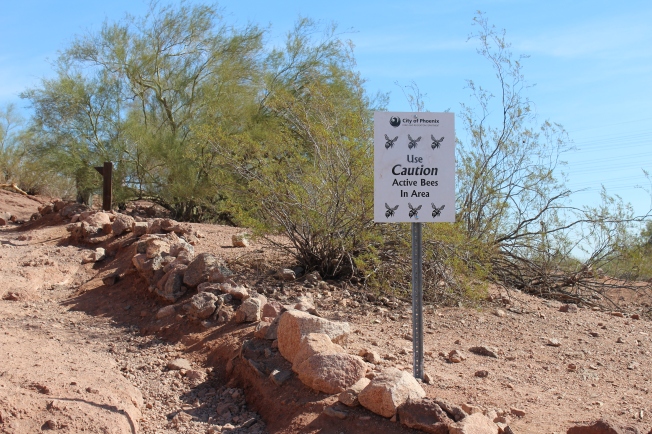 See the little triangle shape at the top of the hill below? George Hunt, Arizona’s first governor, is buried in the pyramid-shaped tomb. 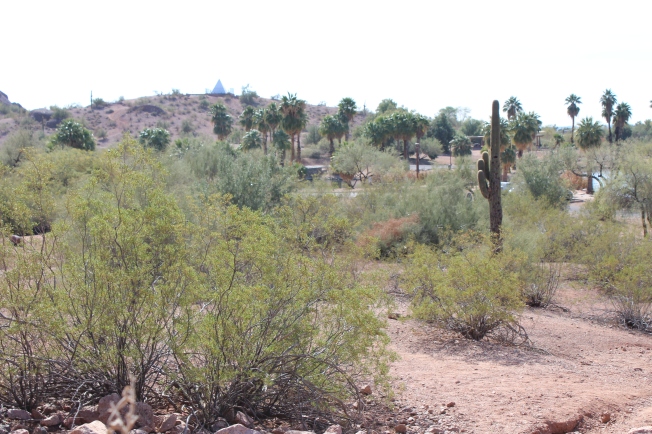 One of the favorite attractions in the park is Hole in the Rock, pictured below. The ancient Hohokam people who lived here before the time of Christ used this structure as a solstice observatory, keeping track of the sun’s trajectory by making marks in the sandstone. Two and a half miles to the southeast are ruins of a Hohokam village know as Pueblo Grande, where there is a ceremonial mound. Atop the mound is a building with a door in the southeast corner which lets in the rays of the summer solstice sunrise, and the last rays of the winter solstice sunset. The door also is in perfect alignment with the Hole in the Rock. Coincidence, or a sophisticated feat of engineering?