I first visited the historic Niels Petersen House in Tempe, Arizona, in the early 1990s. When I stepped into the kitchen, I was hit with a wave of déjà vu. I realized it reminded me of the farmhouse my Uncle Hughie grew up in. (Click the smaller images to enlarge and to view captions.) 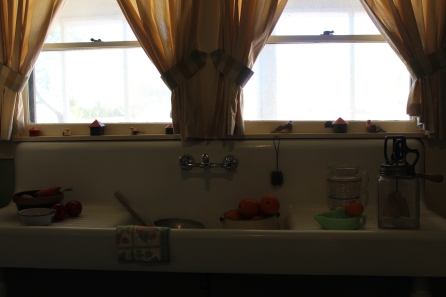 I recently visited again. In December, the house is decorated for Christmas. 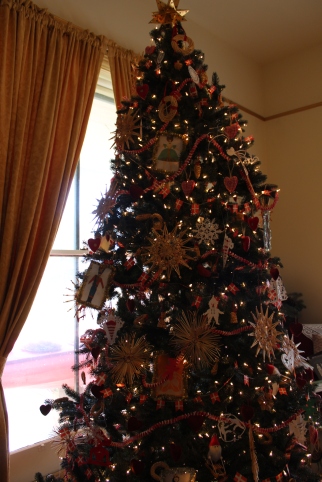 The red ornaments with the white cross resemble the flag of Denmark. 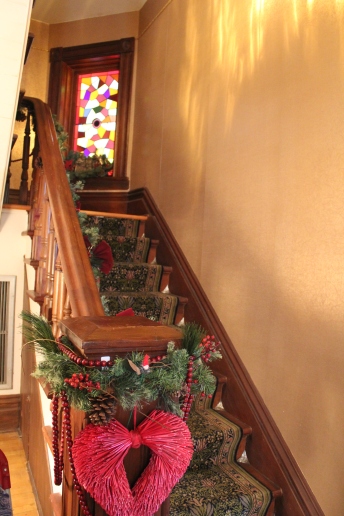 The pedestal and legs of this table are made from the woody remains of dead cactus.

Niels Petersen, the original owner of the house, was born on October 21, 1845, in Denmark. He served in the English Merchant Marines from 1863-1870, allowing him to travel the world until he decided to immigrate to the United States. 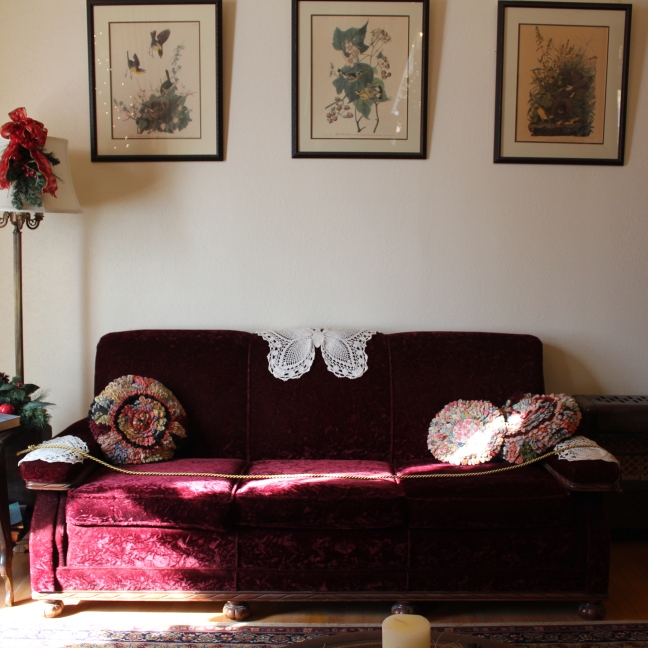 In 1871, Petersen arrived in the Salt River Valley of central Arizona, where he staked a homestead claim and begin farming. Four years later, in 1878, Petersen became a United States citizen and subsequently filed a homestead entry, the next step in permanently establishing himself in the valley. The final action in this process was the filing of a homestead proof, providing evidence that improvements to the land had been made by the claimant, which Petersen filed on May 12, 1883. By the time of his final homestead filing, Petersen had built two small adobe houses on the property and maintained 140 acres in cultivation.

A collection of Danish Christmas plates line the dining room.

Petersen acquired more property surrounding his homestead claim. His ranch grew to more than 1,000 acres and Petersen emerged as one of the area’s leading producers of cattle and grain.

By the 1890s, Petersen emerged as one of the Salt River Valley’s wealthiest and most revered citizens. In 1892, he made the decision to construct a new two-story brick home, in the Queen Anne Victorian style, hired Architect James Creighton to design it. Petersen’s house was widely considered one of the most elegant homes in the region.

Stove to warm the bedroom.

Petersen married twice. His first wife died in childbirth and their son died in infancy. His second wife did not bear any children.

Oops. This room has been taken over by Danish nisser and some other little dwarfs and gnomes.

An even older telephone. 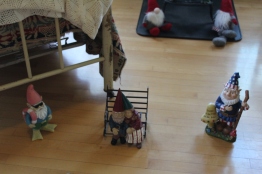 Chamberpot, to save the occupant from having to visit the outhouse in the middle of the night.

After Petersen’s death, the property passed to a distant relative, Rev. Edward Decker. He modified the house somewhat, including adding its one and only bathroom.

The bathroom was added.

A phonograph, and a stereoscope viewer.

Only one more family ever lived in the house. It was placed on the National Register of Historic Places in 1977. The city of Tempe acquired it in 1979 and restored it.

Yes, that’s me taking the picture.