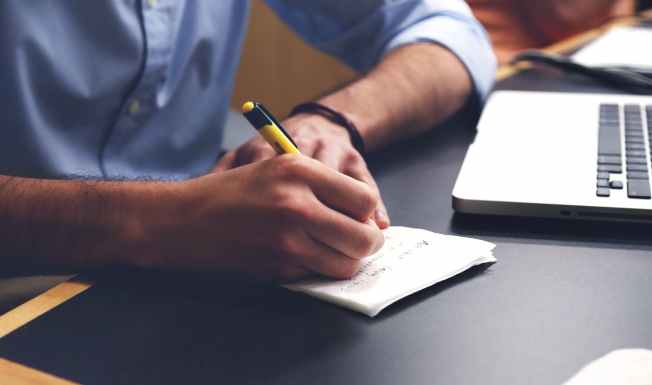 If you are writing a story, you must consider how you will handle these seven elements:

Plot—is what happens. It is the action that starts in the beginning, continues through the middle, and wraps up at the end. Action adventure novels and thrillers are often plot-driven, as are some mysteries.

Setting—is where and when the story happens. The story is profoundly affected by the setting. A story that happens in a suburban town in the present will be very different from a story set in the past on a distant planet.

Character—is who the story is about. The people doing the doing. You need at least one. Most novels have an extensive cast of characters. You have a protagonist, and antagonist, the people who support each, and some random individuals. In order for the characters to be believable, they must each need something, and usually what one needs is at odds with what another needs. Each character’s back story (his life before the beginning of the book) must be considered, even if it isn’t shared with the reader. Each person is the way she is because of something that happened in her past. Many, many novels are character-driven. In my opinion, characters are the most important element of fiction.

Point of view—is the perspective of the person narrating the story or scene. It’s okay to have multiple narrators, but make sure it’s always clear to the reader whose head he’s in at any given time. Generally, it is confusing to change POV within a single scene.

Point of view can be first person, second person, or third person.

First person is when the story is being told by a character, either the protagonist, the antagonist, or a secondary character, using his own words and voice, using the pronouns I, me, my, mine, we, us, our, and ours.

Second person is when the story is being told about and to a person: you did this, you said that. The second person is rarely used in fiction, because it is hard to pull off for a long period of time, but I have seen it successfully used in a memoir that a parent wrote for his child, specifically about the child’s childhood.

Third person can be the viewpoint of a person removed from the story, the invisible author. Pronouns used would be he, she, him, her, they, their, etc. The third person narrator could be omniscient, all-knowing, like God. God knows everyone’s deepest thoughts, and the omniscient narrator does, too, and shares them with the reader. This is the way classical literature was written.

However, contemporary fiction favors an objective third person view point, where the narrator tells only what is observable. That means the writer is very limited about how thoughts are shared. Generally, if a character is alone, we can hear her thoughts. In other scenes, a viewpoint character can be selected, and the story is told through what he can observe, and possibly also through his thoughts. But again, it must be clear to the reader whose head he’s inside. And also, if the reader wonders how a character knows something based on what should be observable to him, the reader will disconnect from the story.

Conflict—there is no story without conflict. There are two types of conflict, external and internal. An external conflict involves a problem which exits outside of the character, such as a problem with another character or an institution, or a dangerous situation, like wartime or an avalanche. An internal conflict is a problem or need within the character, such as an addiction, or wanting the object of her desire to notice her. In good full-length fiction, the main character, the antagonist, and some of the supporting characters all experience external and internal conflict. In short fiction, there might only be one conflict.

Theme—is a universal truth that your story illustrates. The theme can be as trite as Believe in yourself or Love makes the world go round, or it can be something the writer is passionate about. You don’t have to beat your theme into the reader, but every chapter should reflect the theme, even subversively, in order to have continuity. If you do not chose a theme for your story, or the story does not adhere to a theme, the reader will sense something is missing and try to find her own theme in it. Do not allow your story to be pointless; your reader will be disappointed.

Symbol—is an item that stands for something else. A ring that stands for power; an heirloom teacup that represents love of family. It’s hard not to include a symbol in fiction. If you don’t consciously put one in, your readers will unconsciously find one. (When I wrote worship drama for my church, my ministry partner was constantly finding symbols in my skits that I hadn’t purposely put in.) So you might as well choose a symbol that relates to your theme, and be sure to refer to it several times in the story.

Depending on your story, certain elements may fall into place easily, while others may challenge you and send you to the library or a writer’s workshop for help. However, to write successful fiction, you must give consideration to them all.