The French post-impressionist painter Henri Rousseau (May 21, 1844 – September 2, 1910) was largely self-taught and thought of by his contemporaries as primitive in style.

As a young student, he received mostly mediocre grades, but won prizes for drawing and music. He had a very brief legal services career, followed by four years in the army. After his father’s death, he moved back to Paris so he could help support his mother as a tax collector. He married, and he and his wife had six children, only one of whom survived infancy. Ten years after his first wife passed away, he married again. 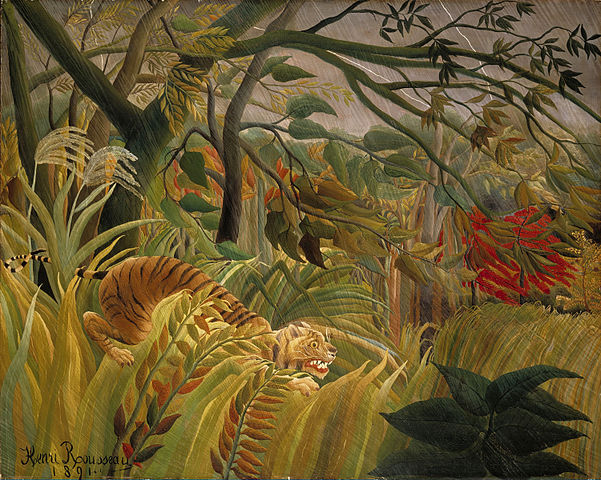 In his early forties, he began painting seriously. By age 49, he retired from his day job and began painting full-time, supplementing his small pension with odd jobs and playing his violin in the street. (Click on the smaller images to enlarge and read the captions.) 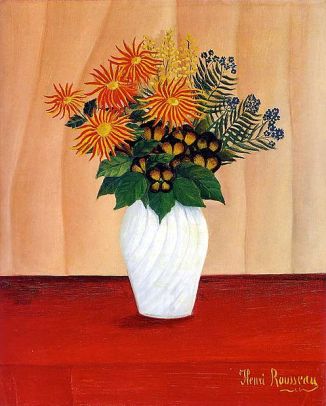 Henri Rousseau, View of the Bridge in Sevres and the Hills of Clamart, Saint-Cloud and Bellevue with biplane, balloon and dirigible

His paintings had a dream-like quality to them. He is best known for his exotic jungle scenes. 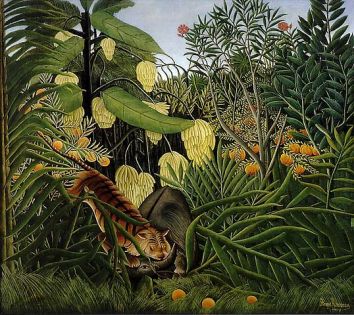 Henri Rousseau, Fight Between a Tiger and a Buffalo

In March of 1910, he developed an inflammation in his leg, which he neglected. By August, he had gangrene; a post-operative blood clot killed him. 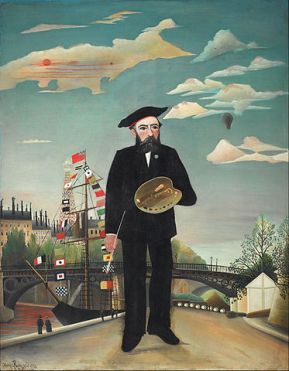 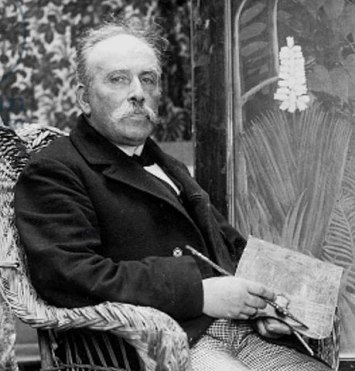