Last November among the booths at the Tempe Festival of Books, some adorable puppets caught my eye.

I was hooked. I had to know more.

Vicki Riske, long time puppeteer, had recently written and illustrated a children’s book about the characters she had created as puppets many years ago. I was so impressed with Riske that I asked if she’d be willing to be interviewed for ARHtistic License.

ARHtistic License: How long have you been a puppeteer?

Vicki Riske: I have been making puppets for about 50 years.

AL: How did you get started?

VR: I started making puppets in undergraduate school for plays.

AL: Are your audiences mostly children?

VR: Yes, most of the time my puppet audience are children, but I have also made puppets for adults, who have used them for theatre and television.

If the puppet is for a play, I read the play and analyze the character that the puppet is playing. I also imagine the actions that a puppet needs to be able to do. Is it necessary for the puppet to have a mouth that actually moves? Does the puppet have to carry objects? Then I do a series of drawings, first just pencil and then I may add color to the drawings.

AL: How do you come up with their personalities?

VR: Every puppet that I make has a specific story that they are telling. The puppet characters relate to other characters in the story. They may have a specific characteristic that can dictate the design, such as Leo, my lizard. He needs to do push ups, so he needs to have joints that allow that activity. He is also a lizard, so he needs a texture consistent with ideas about lizards.

AL: Have you worked in television?

VR: Yes, I had my own TV show back in the 70s for a CBS affiliate in Fargo, ND. I created two owls, a dog and a worm for the show.

AL: And you also worked in movies?

VR: Yes, I worked as a scenic artist on commercials and movies around Arizona. I have a film credit on Bill and Ted’s Excellent Adventure.

AL: Tell us about We Are Puppeteers.

VR: We Are Puppeteers is a small company. We write books, make custom puppets, and we do puppet shows with children. The children are the puppeteers. We have puppet shows that we have written and puppets that the children use to act out the stories. We usually rehearse with the kids and then they perform for their parents or other kids. We do the shows for events such as birthday parties.

AL: Who are some puppeteers who have inspired you?

VR: I like the magic around puppets. You have an inanimate object that you can bring to life to tell a story.

AL: What advice would you give to someone who is interested in making puppets and/or performing with puppets?

VR: Don’t be afraid of your own style. You maybe inspired by someone and copy for a while, but let your creativity come out.

AL: Now you’ve branched out to writing and illustrating children’s books. You’ve used the same characters as your puppets. How did you come up with the idea of The Polka Dot Tea Party?

VR: I have a granddaughter who loved tea parties. We would have one tea party after the other. She was 3 years old at the time. So she was my inspiration. I love the desert and would see shapes in nature, so I thought polka dots and tea parties was a great combination of topics.

AL: What is the hardest part of the writing process?

VR: Editing is the hardest. Once I have an idea it usually flows, but reworking the text can be a challenge.

AL: Did illustration come naturally for you? Have you always drawn, or is it a new skill for you?

VR: I have been drawing my whole life, but had never illustrated a book before.

AL: How long did it take to write and illustrate The Polka Dot Tea Party?

VR: It took about 6 months to write and illustrate the book.

AL: What advice would you give to someone who would like to become an illustrator?

VR: I would tell them to look at books that appealed to you. And daydream about your book. I find that ideas come to me when I am cleaning house.

VR: I learned a lot about publishing a book. I think I was a bit impatient at times. The process for publishing took a long time.

AL: How did you connect with Outskirts Press?

VR: I found them on a recommendation from a friend. 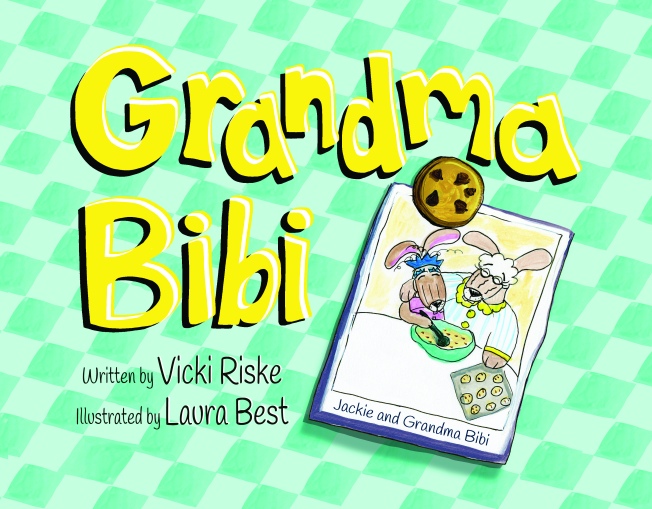 AL: What will your next book be?

VR: My second book, Grandma Bibi, was just published in December 2019. It is a children’s book about shared memories and love. It tackles memory loss as a family issue and opens a dialogue for families to discuss what is happening to grandma or grandpa. I self-published this book. I found a printer in Michigan, 360 Digital Press, that has been great to work with.

VR: Puppets need stories to tell and I enjoy writing them. I also like the fun of sharing my ideas with young people and bringing them joy.

VR: Illustrating is challenging, creating an emotion with a drawing is the best. Illustrations set the tone of the story, whether it is light or serious. I make many drawings until I have the right one for a page.

To learn more about Vicki Riske and her work, check out her two websites: The Polka Dot Tea Party and We Are Puppeteers.