Thank you to Ryan Lanz and to A Writer’s Path for clarifying the difference between showing and telling. 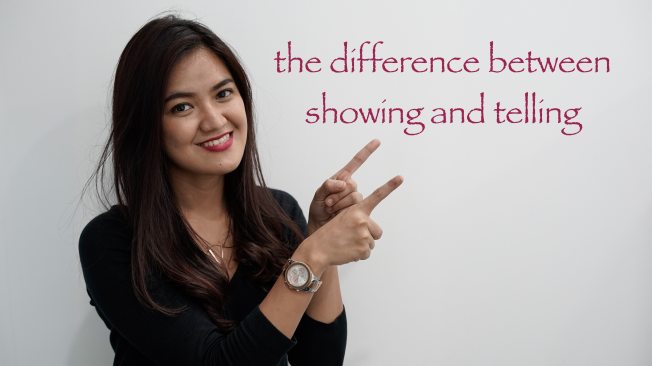 If there was one piece of writing advice I disliked most as a new writer, it certainly was “Show, don’t tell.” Initially, I had no idea what it meant. Self-help writing blogs often toss this phrase around without examples. I even had a critique done on my writing once, and the person critiquing said this phrase several times but offered no help on what showing actually meant.

Finally, I stumbled upon a quote that changed my outlook on writing forever.

“Don’t tell me the moon is shining; show me the glint of light on broken glass.” -Anton Chekhov

It clicked for me. I finally got it. At least, it was enough to where I knew what the heck those people were talking about. But I still craved examples. In this blog post, I thought it would be fun to dive into the important topic of showing versus telling. And yes, fair reader, there will be examples.

“Show the readers everything; tell them nothing.” -Ernest Hemingway

First, let’s think about why we tout showing rather than telling. Why is it so important and popular these days? Literary trends change over time, although much more slowly than, say, fashion trends. These days, the trend in commercial fiction is concise, lean writing without a lot of overly-descriptive “purple prose.” Prologues are somewhat out of fashion for certain genres. Third person limited and first-person are by far the most popular these days, when it used to be third person omniscient about 40-60 years ago. To recall third person omniscient, think Lord of the Rings and phrases like, “Little did they know . . .”

“An overturned tricycle in the gutter of an abandoned neighborhood can stand for everything.” -Steven King

In my opinion, I believe that we show rather than tell because the modern reader is pretty smart. Fiction, in some form, has been around for thousands of years. Readers have come to expect certain things when they read stories. They may not be able to name literary devices, but they are intuitive nonetheless.