My Father’s Day present to my husband in 2011 was a dachshund, something he had been begging me for. He and my daughter Erin went to an adoption event at a pet store. He selected a rescued dachshund who had been found in the state forest.

We don’t really know her back story. The rescue outfit called her Precious. She was about five years old. Greg renamed her Rudi, the same name as the dog his father had owned.

Rudi’s eyes eventually grew cloudy due to a buildup of cholesterol in her corneas. She lost a lot of her vision. She sometimes scratched her eyes, and had to wear the cone of  joy. 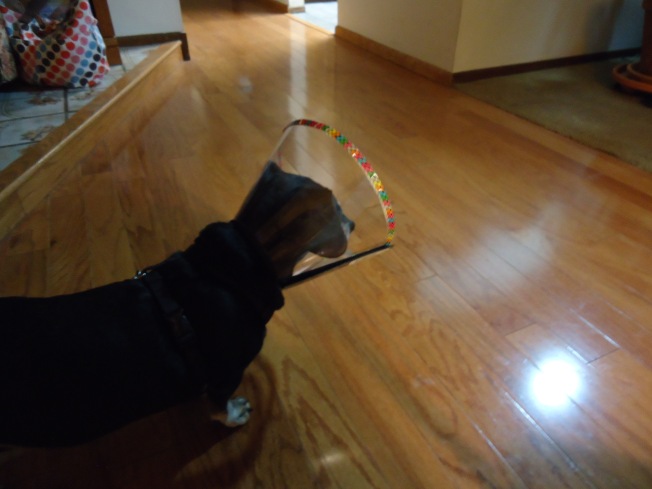 She loved to go for walks and would pull you along for the ride. 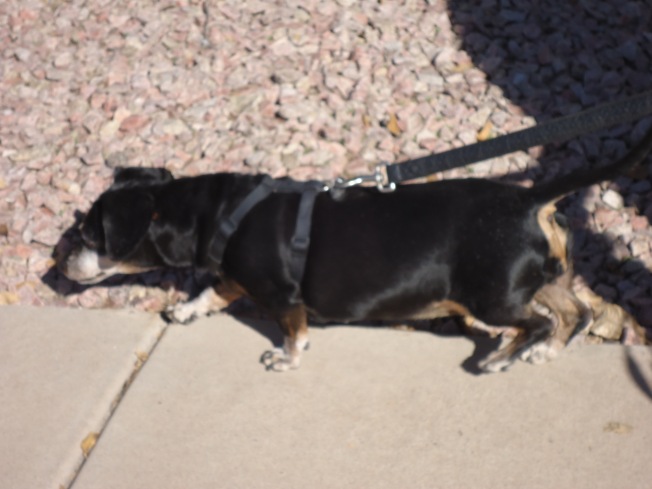 She liked to be outside and sit in the sun.

She was a good companion.

As she aged, she slowed down. One day, about two years ago, she had several seizures. We took her to the vet right before closing time. The vet ran some tests and kept her overnight. The next morning, she was dead. The vet thinks she had a brain tumor.

It’s hard losing your dear friend, your furry baby. We only had her for seven years. For months, I said “No more dogs.”

But Greg wanted to try again. Before Christmas, we searched the pound for another dachshund. But most of the dogs were pit bulls. Then Greg noticed a little chihuahua trembling in a corner. He needed us.

That’s a whole other story.