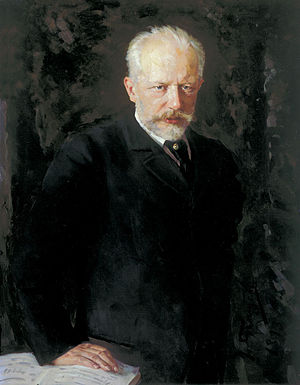 Though musical from a young age, his parents encouraged him to study law so that he could enter the more lucrative profession of civil service. To please them, he spent nine years at the Imperial School of Jurisprudence, and worked in the Ministry of Justice for four years while studying music on the side. In 1863, he resigned from civil service and became a professor of harmony at the Moscow Conservatory.

Tchaikovsky was greatly influenced by Russian folk music, but also by the Western music he studied while at the St. Petersburg Conservatory.

In 1876, Nadezhda von Meck, the widow of a wealthy railroad magnate and an admirer of Tchaikovsky’s music, offered to become his patron. She provided him with a monthly stipend which allowed him to resign from his professorship in 1878 and pursue composition full time. Her only requirement was that they never meet in person. They did, however, maintain an extensive intellectual correspondence that documents their views on topics from religion to politics to creativity.

Tchaikovsky’s body of work includes 169 pieces, including 7 symphonies, 11 operas, 3 ballets, 5 suites, 3 piano concertos, a violin concerto, 11 overtures and single-movement orchestral works, 4 cantatas, 20 choral works, 3 string quartets, a string sextet, and more than 100 songs and piano pieces. Among his most beloved works are his three ballets (Swan Lake, The Nutcracker, and Sleeping Beauty), his Piano Concerto No. 1, the opera Eugene Onegin, and the 1812 Overture.

This sweet little hymn for piano is one of my favorites:

You can learn more about Tchaikovsky at Encyclopaedia Britannica and Biography.

ARHtistic License is a forum for creative ideas. Be part of the dialog! Add your thoughts and experiences in the comments section below each post. Feel free to add a relevant link.
Join 1,373 other followers