Wow! A varied offering this week.

In New Jersey among people of my generation, Bruce Springsteen is sort of a patron saint. I grew up in Rumson, where Bruce bought a house after he achieved rock star status (although our family lived in a modest home, not one of the mansions in Springsteen’s neighborhood; Bruce recently sold the house). The cover of Born to Run makes me homesick.

His description of his activities on the afternoon of September 11, 2001 (after watching the aftermath of the terrorist attacks on television), resonates with familiarity for me.

In the late afternoon, I drove to the Rumson-Sea Bright Bridge. There, usually, on a clear day the Twin Towers struck two tiny vertical lines on the horizon at the bridge’s apex.  Today, torrents of smoke lifted from the end of Manhattan Island, a mere fifteen miles away by boat. I stopped in at my local beach and walked to the water’s edge, looking north; a thin gray line of smoke, dust and ash spread out due east over the water line. It appeared like the smudged edge of a hard blue sheet folding and resting upon the autumn Atlantic.

I sat for a while, alone, the September beach empty beneath the eerie quiet of silent skies. We live along a very busy air corridor. Planes are constantly flying just off the Eastern Seaboard on their way to Kennedy and Newark airports, and the low buzz of airplane engine is as much a part of the sound tapestry at the Shore as are the gently crashing waves. Not today. All air traffic grounded (pp. 439-440).

My brother, Bill, still lives in the house we grew up in, and from time to time sees Bruce in places like Jack’s Music Shoppe in Red Bank. Bill has a wonderful story about a very nice thing Bruce did for a friend of his—but it’s not my story to tell.

I’ve actually never seen Bruce perform in person. When I was in high school, my then-boyfriend promised to take me to see him at the Inkwell, but never delivered. (Needless to say, he’s not the one I married.) 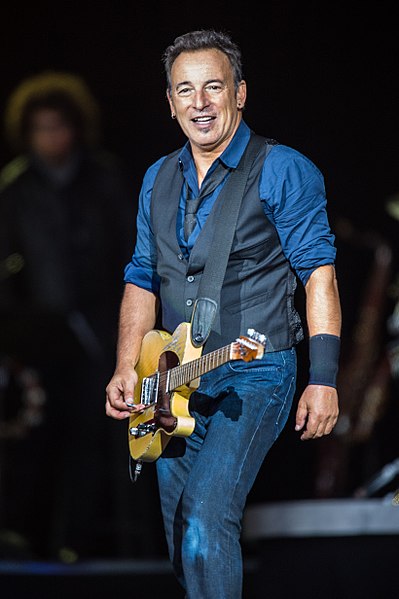 Springsteen’s autobiography tops 500 pages, and it took seven years, off and on, to write. I wouldn’t call it a literary masterpiece, but he’s a songwriter, not a professional author. Other than Chapter 7, “The Big Bang (Have You Heard the News…)”, about the impact that seeing Elvis Presley on the Ed Sullivan Show had on him, which has way too many CAPITAL LETTERS and exclamation points!!, the book was engaging enough that when I sat down intending to read for 30 minutes, an hour passed before I looked up.

I folded over quite a few page corners as I read, so rather than tell you the story of Springsteen’s life, I’ll share some excerpts that especially touched me.

I had the opportunity to sing “The Times They Are A-Changin’” for Bob [Dylan] when he received the Kennedy Center Honors. We were alone together for a brief moment walking down a back stairwell when he thanked me for being there and said, “If there’s anything I can ever do for you…” I thought, “Are you kidding me?” and answered, “It’s already been done.” As a young musician, that’s where I wanted to go. I wanted to be a voice that reflected experience and the world I lived in (p. 167).

On this night, my problem is that during a performance I am in and out of myself for a while in a most unpleasant way. Inside, multiple personalities are fighting to take turns at the microphone while I’m struggling to reach the “f*ck it” point, that wonderful and necessary place where you set fire to your insecurities, put your head down and just go. Right now, I can feel myself caring too much, thinking too much about…what I’m thinking about. My good friend Peter Wolf, the great front man from the J. Geils Band, once said, “The strangest thing you can do onstage is think about what you’re doing.” He was right, and I’m doing the strangest thing you can do onstage RIGHT NOW! It’s like one moment, your life feels threatened: your little house of cards, the performance “self” you’ve built so carefully, so meticulously, your mask, your costume, your disguise, your dream self, is in danger of coming apart, of tumbling down. The next, you’re towering, soaring, deeply immersed in your “true” self, riding the music your band is making high above the assembled. These two selves are often only a hair’s width apart. That’s what makes it interesting. That’s why people pay the money and that’s why they call it LIVE (pp.228-229). 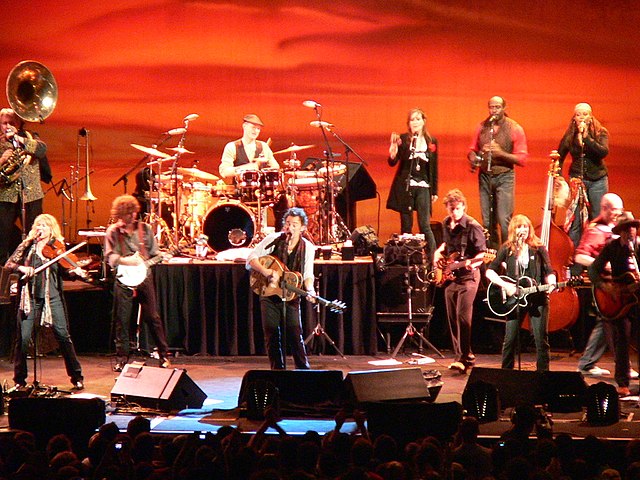 I wanted the singular creative and decision-making power of a solo artist but I also wanted the live, rambunctious gang feeling only a real rock ‘n’ roll band can deliver. I felt there was no reason you couldn’t have the best of both worlds, so I signed as a solo artist and hired my longtime neighborhood running pack as my band. Not my backing band, not a band, my band (p. 235).

…that’s how I used my music and my talents from the very beginning. As a salve, a balm, a tool to tease out the clues to the unknowable in my life. It was the fundamental why and wherefore of my picking of the guitar. Yes, the girls. Yes, the success. But answers, or rather those clues, that’s what kept waking me in the middle of the night to roll over and disappear into the sound hole of my six-string cipher (kept at the foot of my bed) while the rest of the world slept (p. 281). 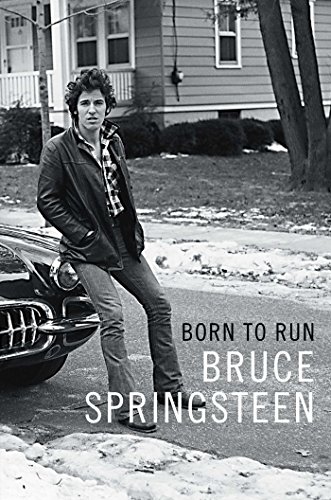 In the book, Springsteen also tells about battling depression, confesses bad behavior, and expresses his love for his wife, Patti.

Before I read this book, I only owned three Springsteen CDs. While reading about what was going through his mind and heart while he wrote his songs, I felt compelled to buy four more. Do singer autobiographies sell CDs? In my experience, yes.

As a fan, I enjoyed Born to Run, as I am sure other fans of Springsteen also will. But if I didn’t know who he was, or if I didn’t have the New Jersey connection, I don’t think I would have made it past the first chapter, just due to the epic scale of the book.