Lots of articles for writers this week. And for non-writers as well.

All sorts of creative things to look at.

This week’s offerings are heavy on writing tips. But there are some crumbs for the quilters and crafters.

This article has been reprinted with the permission of Writer’s Relief, a highly recommended author’s submission service. We assist writers with preparing their submissions and researching the best markets. We have a service for every budget, as well as a free e-publication for writers, Submit Write Now! Visit our site today to learn more.

How To Use Direct And Indirect Characterization

What does your character like and dislike? Opinions and quirks come together to build your character’s worldview. Food preferences, pet peeves, and what they look for in friends are all details that will help round out your character.

How does your character’s voice sound? In narration, thought, and dialogue, it’s important to develop a unique, recognizable voice for your character: Do they tend to use flowery, drawn-out language rife with similes and metaphors, or do they prefer to get straight to the point without mincing words? Does the character have an accent or any defining speech patterns? Whether a character talks a lot or lets others do the talking is also a good personality indicator.

Does your character choose to act or stand aside? Choosing to take initiative is hugely defining for a character, whether it’s during a dangerous situation or simply in day-to-day decisions. Do they confront situations head-on, or do they prefer to stand back and watch as things develop? Is the character a leader or a follower: Would they take charge of their friends or coworkers if necessary?

How does your character treat other characters? It’s important to show how your character interacts with those socially below them as well as with their equals and superiors.

How does your character interpret the story’s setting? It’s important to show readers how the character describes the surroundings. Two characters might describe the same scene totally differently, depending on how observant they are and what they’re feeling at the time.

Question: What do you find most challenging about creating a character?

“The character that lasts is an ordinary guy with some extraordinary qualities.”
—Raymond Chandler

The sublime and the ridiculous, all worthy of your consideration:

What’s the best way to initiate a solid protagonist character?

“You take people, you put them on a journey, you give them peril, then you find out who they really are.” – Joss Whedon

Recently, it has become a running theme in the Under the Microscope series where I think a lot about how to create a rapid connection between the reader and the characters. I often find that it takes a chunk of time (sometimes a chapter or more) for the reader to get hooked onto the plot; even setting can take a handful of pages. I find that a compelling character is the quickest way to connect to a reader.

“Plot is no more than footprints left in the snow after your characters have run by on their way to incredible destinations.” -Ray Bradbury

I’ve talked a bit about what not to do in first chapters, but in this post, I’d like to focus on one area of what to do. Of course, there are exceptions to every rule. There are books that have stunning settings and immediate plot twists, but even in those, I personally connect with the character the most. For every page that I don’t feel some sort of connection with the protagonist, the chances increase that I put the book down.

So, what is connecting to the character? What does that mean exactly? A lot of writing advice blogs will tout that sort of power phrase, leaving it up to you to figure out what it means. With this blog, I strive to give as many examples and concrete illustrations as I can. As a new writer, it frustrated me when vague terms were used without anything to back it up.

My only disclaimer before continuing is that none of this is an exhaustive list, in case someone was keeping track of something else I may have missed. There’s always a something else, which is the beauty of writing stories. There’s never one definitive list for anything.

“There are three rules for writing a novel. Unfortunately, no one knows what they are.” – W. Somerset Maugham

I believe most aspects of a reader connecting with a character comes down to four things: empathy, relatability, idolization, and intrigue. Some of these blend together a little, and still others are difficult to establish immediately, but in my opinion, these are the different tools in your character toolbox. When I start a story, my goal is to introduce at least one of these elements as soon as possible. Let’s take a look at each.

Thank you to author Kimberly Brock and to Writers in the Storm for this marvelous article about characterization. 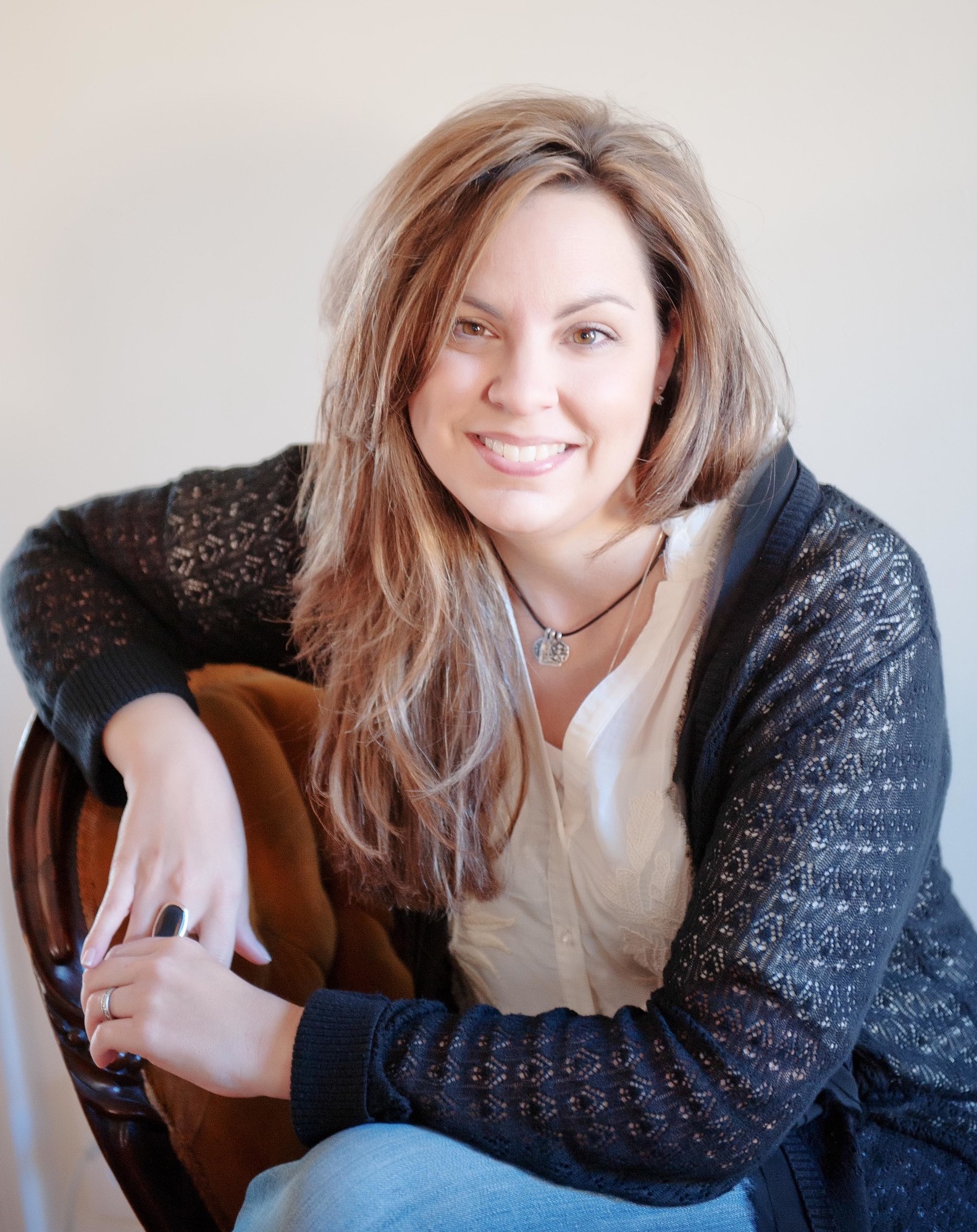 [Subtitle:] And You Shouldn’t Even Bother Me with Your Stable Characters

Lately, I’ve been watching a lot of Netflix with my husband – particularly British crime shows. Well, actually, anything British. I don’t know why. But this blog is not about that. What it is about is the fact that I am always, always, always most interested in the trashiest, quirkiest, strangest, darkest, most unstable characters. Liars, cheats, addicts. Personally, I would rather eat cold, overcooked oatmeal than read about a good character who does good things in a good world where everybody is on time and well-groomed, consuming a healthy diet, getting enough sleep, living life in tastefully decorated rooms with Barry Manilow piped in to set the mood. My husband pointed this out to me a few weeks ago when we were talking about my girl crush on actress Nicola Walker’s character in “Last Tango in Halifax,” which then led to binge watching another of her series, “River.” I actually sank back into the sofa and sighed and said, “Oh, she is so screwed up. I love her.”

My husband was perplexed. But he wasn’t really worried until a few weeks ago when we finished our nightly romp through the “Luther” series. In the final episode, my favorite character, a narcissistic psychopathic serial killer who saves the hero, uttered the most fabulous line to his little wisp of a girlfriend. It was the best line of all time, delivered with steely eyes and a smirk. If you hurt him, I will kill you. (INSERT DELISCIOUS PAUSE) And eat you.

OH, YES! I jumped off the couch, cheering and laughing. I made my husband rewind it. (Do you rewind anything anymore?) Twice. I said the lines with her, dramatically. Gleefully! And my husband, who is a brave man, rolled his eyes. The same way he rolled his eyes later in the week when he caught me making a Pinterest board dedicated to these characters. If you make fun of my Pinterest Board of Psycho Characters, I will kill you. And eat you.

Now, really. I don’t want to kill anyone, much less eat them. But, man! It got a reaction out of me – this character saying those perfect words at that perfect moment and what it meant to the person hearing them. Even though, obviously, the character is quite the psycho, I loved her.

So, why am I confessing all of this to you at risk of sounding like a sicko and losing your readership forever? Because I’ve been trying to work out my fascination with the most unstable characters and why I love them best when I’m a reader. And – here’s the twist – why I’m always so afraid to write them.

Don’t get me wrong! I DO write them. I ALWAYS write them. I write them cloaked in what THEY believe is noble, but they’re screw ups, heroes and villains, alike. Listen, I’ve been to the conferences and the panels and the workshops. Dammit, I teach them! I know what they SAY about how your characters are supposed to be three-dimensional and flawed. I know what they SAY about how a good story is only a good story because there’s CONFLICT. I know how books like Gone Girl have flown off the shelf and been made into blockbuster movies and caused us all to despise Ben Affleck and get our own secret badass undercut bobbed haircuts. Girl Reading This Blog, I know!

But it’s a challenge to actually do it. And I often fail at it before I succeed. Why? When I first sit down to create characters I love they come out fabulously twisted and depraved and socially awkward. But inevitably, I start to lose all confidence that readers will stick with them. I’ll invest tons of energy second-guessing their morality and editing their language. I will smooth out their rough edges and bad habits and cover up their body art. I will make them better parents. I will sweeten up their motives and switch out the shots of whiskey in their hands to a tall glasses of sweet tea. All in an effort to convince my readers they can safely embrace my paper people. They can love us (because, the truth is all of my characters are an extension of me.) We’re perfectly acceptable, if you just don’t notice that little bit of psychopath sticking out from beneath our neatly pressed collars.

Before I know it, my characters turn out like a whole new cast of the Mickey Mouse Club, chilled out on anti-depressants. They turn into cold oatmeal and nobody, not even me, wants to read about them. I’m perplexed. I loved all those super freaks when I started. What went wrong? It’s a common lament and I think I know the answer, but it might not be what you think.