I became acquainted with Edward Hoornaert several years ago, when I was a participant in Weekend Writing Warriors, where authors post snippets of their works-in-progress for feedback. Hoornaert is a prolific author who earned the nickname Mr. Valentine for his romance novels (Mr. Valentine is also the title of a romance novel by Vicki Lewis Thompson which was inspired by Hoornaert), and then turned to science fiction. (See my reviews of Alien Contact for Idiots and Newborn on my Books Read page, #3 and #1 respectively under 2017. A review of Alien Contact for an Enhanced Nutcracker will be coming soon.)

Edward Hoornaert against the backdrop of the Canadian Rockies, Ed’s “spirit’s home.”

I recently sent Ed some questions about his work, and these are his responses:

ARHtistic License: Are you a plotter or a pantser?

Ed Hoornaert: I’m a plantser, or maybe a potter. Not Harry, unfortunately for me. [Andrea’s note: I call myself a plotser.]

My first ten or twelve novels (out of 20) were written ‘by the seat of my pants.’ However, I had too many failures that died around page 50 because I discovered there was no ‘there’ there. So now I write an outline, 5 to 10 pages long, of the first two-thirds of a book. Plotting further than that tends to be wasted because the book inevitably takes off in (slightly) new directions. I always have a vision of the ending, though.

Actually, I spend more time getting to know what makes my characters tick than I do on plotting. Come to think of it, in the best books you can’t really separate the characters from the plot; different characters would result in a different story. That’s what I aim for.

AL: How long does it take you to write a book?

EH: I drafted The Guardian Angel of Farflung Station in about three weeks. Then I spent more than twice that long rewriting and honing it before I submitted it to my small-press publisher. It remains one of my favorites because it came so quickly.

At the other end of the spectrum, The Trial of Tompa Lee, a sci fi novel that was my final book for a traditional publishing house, took about three years. Interestingly, the gestation period says nothing about the books’ quality. They’re both among the best I’ve written, based on reviews.

AL: What is your biggest writing challenge?

EH: My biggest challenge is holding the world and my family at bay long enough to write. I’m still not comfortable with the selfish side of writing at home. It’s tricky, you know? I have a great marriage and family, and I want to keep it that way.

AL: Do you cut a lot from your drafts when you revise?

EH: Back when I wrote by the seat of my pants, I had to cut a lot from my drafts, but now that I sort of plot my books, I almost always add rather that delete. My draft scenes are often sketchy, sometimes all dialogue, so I flesh them out and add sensory details. Until the last couple passes, that is, when I’m looking to trim clumsy or wordy passages. Then I aim to cut around 5% of my words. 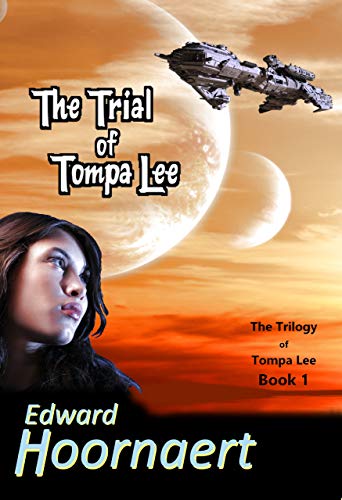 AL: Do you ever get stuck?

AL: You got your start writing romances for Harlequin Silhouette. Then you turned to sci fi and sci fi/romance and self-published. Why self-publishing?

EH: Actually, I got my start with Tab Books writing a couple of computer books for children before I went to Silhouette. After Silhouette, I published with Five Star Speculative Fiction, an imprint of another big publisher. For the record, some of what I write these days is put out by small presses.

I left the rat race in 2012, by which time I’d gotten the rights back to my sci fi novel. I brought it out as a self-published book that year, along with two sequels that make up The Trilogy of Tompa Lee. It’s impossible to sell the last two-thirds of a trilogy, and I couldn’t find any houses interested in reprinting the first book just to get the sequels. Self-publishing to the rescue! The second book in the trilogy has a 4.8+ rating out of 5, so some readers are glad I took the leap.

Self-pubbing is perfect for me. My career in technical writing had been perfect training. The technical issues of formatting and production were child’s play after software manuals, and being in a two- or three-person department had drummed into me the absolute necessity of going over and over a manuscript until I was sick of it, and then going over it some more.

EH: Main benefit of self-publishing—I don’t have to wait forever and ever; the wheels of large publishing houses grind very, very slowly.

The main benefits of traditional publishing were 1) money, because with the Harlequin behemoth behind me, I made decent shekels; and 2) I didn’t have to do any of my own marketing. I hate marketing.

AL:Your Harlequin books were written under a pen name: Judi Edwards. Why? Was it thought that men couldn’t write women’s fiction?

EH: No, I don’t think that was the reason. A fair number of romance novels back then were being written by men, such as Donald Maass (now a literary agent and author of some of the best books about writing available). I even heard rumors that up to 10% of romances were male-authored. The folks at Harlequin Enterprises — I actually wrote for Silhouette Books, a Harlequin subsidiary — knew that men could write romances women would read.

Although I wasn’t privy to their reasoning, I got the impression the powers-that-be were afraid some women wouldn’t buy a book if they knew a man had written it. Maybe they’re right. There is a bit of prejudice against men working in the genre.

AL: Alien Contact for an Enhanced Nutcracker has just come out. What’s up next?

EH: Nutcracker is the sixth book in my Alien Contact for Idiots series and the first new book in the series in a year; I took time off to write two books in my space-opera series. Although I haven’t decided for certain—an idea has to grow in my mind to the point it “takes over,” and whether that will happen is unpredictable—I’m probably going to take a hiatus from both series and work on a standalone book.

Several years ago, I drafted a manuscript about a colony of people forced to explore the relationship between madness and creativity. I’ve always thought the concept was dynamite, even if the execution was a popgun. I’m fifty-four pages into a rewrite, concentrating on changing and sharpening the character of my female lead. She was a bit boring because I didn’t understand what drove her. Assuming the book “takes over” it’ll be near-future science fiction with elements of romance. The working title is Never Seen a Purple Cow.

AL: What is something about you and your books that you’d like your readers to know?

EH: One of the tried-and-true paths to success these days is to publish a lot of books—every month or two if possible. The problem with this approach is that quantity takes precedence over quality, and I hate the idea of publishing a book that isn’t as good as I can possibly make it. I rushed one of my books, and I’ve regretted it ever since.

So I’d like readers to know that I’m old school. I rewrite and hone until a book is as engrossing as it can be. Quality over quantity!