Poor Pyotr Ilyich Tchaikovsky. Following the huge success of The Sleeping Beauty ballet in 1890, the Tsar wanted another hit from Tchaikovsky and choreographer Marius Petipa.

Petipa took charge of the storyline of the ballet and created two scenes based on the Alexander Dumas adaptation of ETA Hoffman’s The Nutcracker and the Mouse King. The first act is a children’s pantomime, complete with party games. During Christmas festivities, Uncle Drosselmeyer gives Clara a toy nutcracker, which her brother promptly breaks. At night, the nutcracker (really Drosselmeyer’s nephew transformed by the evil mouse king) comes to life and with the toy soldiers defeats the mouse king and takes Clara on an enchanted journey. The second act finds the young couple in the Kingdom of Sweets, where confections dance for their entertainment.

But when Petipa handed over the synopsis, Tchaikovsky was appalled. Nothing sparked his interest and the music that emerged was dry and lifeless. He missed his first deadline for the performance.

Worse was yet to come. While traveling through Paris on his way to an American tour, Tchaikovsky learned about the death of his beloved sister Sasha. But in his grief he found inspiration for The Nutcracker. In Clara, he found a parallel for his sister. Memories of their childhood and the last Christmas they spent together, in 1890, sparked the music. The whole ballet transformed by his change in attitude. Tchaikovsky imagined himself as the magician Drosselmeyer. When Clara and the Nutcracker fight the Mouse King, Clara thwacks the rodent over the head with her slipper and breaks the spell, releasing the dashing Hans Peter. Heroism and freedom find voice in one of Tchaikovsky’s most longing melodies. Clara has become a woman, and in her the spirit of Sasha lives on.

The ballet’s second act is a reflection of the first, with the Sugar Plum Fairy and the Prince appearing as counterparts for Clara and Hans Peter. While the latter pair dance to a rising melody, the Sugar Plum Fairy’s pas de deux with the Prince is dominated by a solemn descending motif. The “Waltz of the Flowers,” with its brooding minor passages, echoes the triple-time dance through the snowflakes.

Despite its emotional power, the first audience in 1892 dismissed the ballet. Although the first act with the big Christmas tree and the children and the toy soldiers and the battle with the Mouse King is engaging, the second act hardly involves any drama at all; it’s just a series of colorful dances.

The libretto was criticized as not being faithful to the Hoffmann tale. Critics decried the featuring of children so prominently in the ballet*, and many bemoaned the fact that the prima ballerina did not dance until the Grand Pas de Deux near the end of the second act. Some found the transition between the “real” world of the first scene and the fantasy world of the second act too abrupt.

Response was more positive for Tchaikovsky’s score. One novelty in the score was the use of the celesta, a new instrument Tchaikovsky had discovered in Paris. He utilized it for the character of the Sugar Plum Fairy because of its “heavenly sweet sound”.

Despite the failure of its initial performance, The Nutcracker has become the most frequently performed of all ballets and has served as an introduction to classical music for many young people. It also would be young dancers’ first chance to perform in a ballet as well. Because the first act is set at a Christmas party, the ballet is often presented at Christmastime, and some major American ballet companies generate around 40% of their annual ticket revenues from performances of The Nutcracker.

*A sweet story about the children who participated in that first production: Apparently the children had a hard time learning the little toy instruments they were supposed to play on stage, and did not play them very well; but after the premier Tchaikovsky sent a note to all the children congratulating them on their performance and he sent each child a box of candy.

The information in this article came from:

Now it’s your turn. Have you ever seen The Nutcracker live? When our children were younger, we took them to see it at Princeton’s McCarter Theater and at Phoenix Symphony Hall. What other holiday entertainment traditions does your family enjoy? Share in the comments below.

… But not the way you are used to hearing it. Valentina Lisitsa plays a piano arrangement. Gorgeous! (No cannons were used in this video, but you will hear explosions if you commit to watching to the end.)

“Inspiration is a guest that does not willingly visit the lazy.”
― Pyotr Ilyich Tchaikovsky 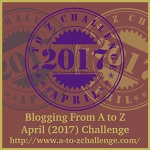 “There is no doubt that even the greatest musical geniuses have sometimes worked without inspiration. This guest (inspiration) does not always respond to the first invitation. We must always work, and a self-respecting artist must not fold his

hands on the pretext that he is not in the mood. If we wait for the mood, without endeavouring to meet it half-way, we easily become indolent and apathetic. We must be patient, and believe that inspiration will come to those who can master their disinclination.”
― Pyotr Ilyich Tchaikovsky