The Lord God has given me
the tongue of a teacher,
that I may know how to sustain
the weary with a word.
Morning by morning he wakens—
wakens my ear
to listen as those who are taught (Isaiah 50:4 NRSV).

Today’s article is for teachers and librarians and media specialists as well as for authors of books for children and teens.

When my children were in school, occasionally a form came home explaining that an author was visiting the school and my child could purchase a book which would be signed by the author.

We never bought the books. We were on a budget. Most of my childrens’ books came from the library or the Scholastic book club flyers. I didn’t really get what author visits were all about.

The next time I heard about author visits was in 2004 when I attended the Maui Writers’ Conference. I heard a talk by Christopher Paolini, who wrote Eragon when he was a home-schooled 15-year-old. His family originally self-published the book, and they traveled around to Renaissance festivals to market it, often standing in the rain all day to sell two books. Somehow he stumbled on the idea of offering to do a presentation at a school. His appearance was a success, and word spread among school librarians, who were happy to have him come to talk to kids about writing fantasy in exchange for book sales. The audience for his book multiplied, buzz got out, and Alfred A. Knopf snatched up Eragon and gave Paolini a contract for three more books.

After I returned to teaching, I got to attend some fabulous author visits at my elementary school. Now I understand what a win-win-win enterprise author visits are for students, teachers, and writers.

The best author visits are the ones where a large portion of the students have already read at least one of the author’s books (which are especially beloved by children of all ages and their teachers and the media specialists because they are so well-written and relevant), and the teachers have read at least portions of a book to or with their classes, and the author is prepared with an engaging educational presentation and activities that tie in to the state standards.

Author visits can be arranged through several different avenues:

Author visits can take a variety of forms:

One of the best author visits I’ve ever seen was a presentation by Jack Gantos, who wrote the Rotten Ralph and Joey Pigza books. He’s kind of nerdy-looking in his narrow tie and eyeglasses. He had a slide show with illustrations on his computer that was projected on a screen while he told stories like this one. He had our students rolling on the floor laughing.

Author visits are excellent avenues for authors who write for children and teens to promote their books. They’re great for students, especially those who have already read the books, to see that ordinary people can write meaningful stories that touch people deeply. And they’re worthwhile for teachers, because they support and enhance the teachers’ writing and literature instruction.

Do you know of an author who does wonderful presentations at schools? Do you do school visits? Have any tips? Please share in the comments below.

“It is the supreme art of the teacher to awaken joy in creative expression and knowledge.” – Albert Einstein

Throughout the U.S., arts education is in peril. As skill sets that aren’t evaluated by high-stakes standardized testing, the arts are systematically sacrificed on the altar of school budgets.

Elementary general music teacher (and former colleague of mine) Megan Goudshaal, concerned about the lack of elementary art specialists in the school district we once both worked for, includes art projects in some of her music lessons. She gave me permission to publish her lesson ideas for Carnival of the Animals and photographs of the sample artwork she provided for her students. 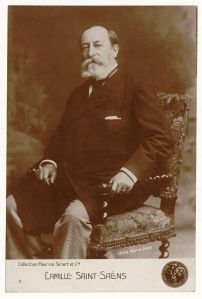 Camille Saint Saens (France, 1835-1921), who composed it in 1886, requested that Carnival of the Animals not be published until after his death, because he was concerned that it might detract from his “serious” work. A favorite piece of children of all ages, portions will be familiar to you. Why don’t you start the video and listen while you read the rest of the article:

Carnival of the Animals consists of fourteen movements:

In multiple lessons given to one or more grade levels, students listen to and discuss the music. (In my classes, students filled out a worksheet that asked them to identify what the composer did in each section to suggest the animal named.) Then, each class chose a section to illustrate.

This is an activity anyone who hangs around children–teachers, parents, caretakers–can do. 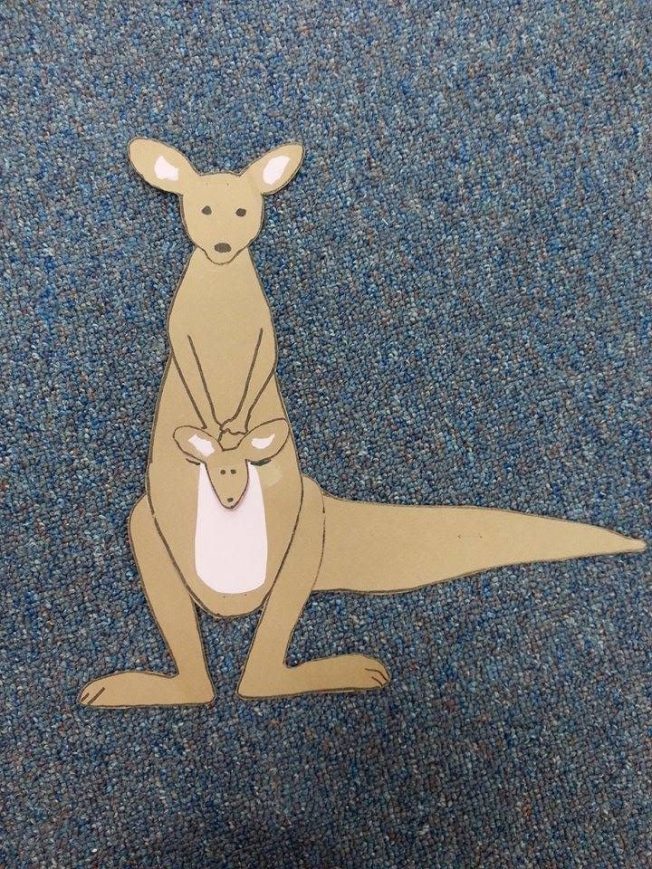 Our district had a special die-cutting machine with with fish dies for “Aquarium.” 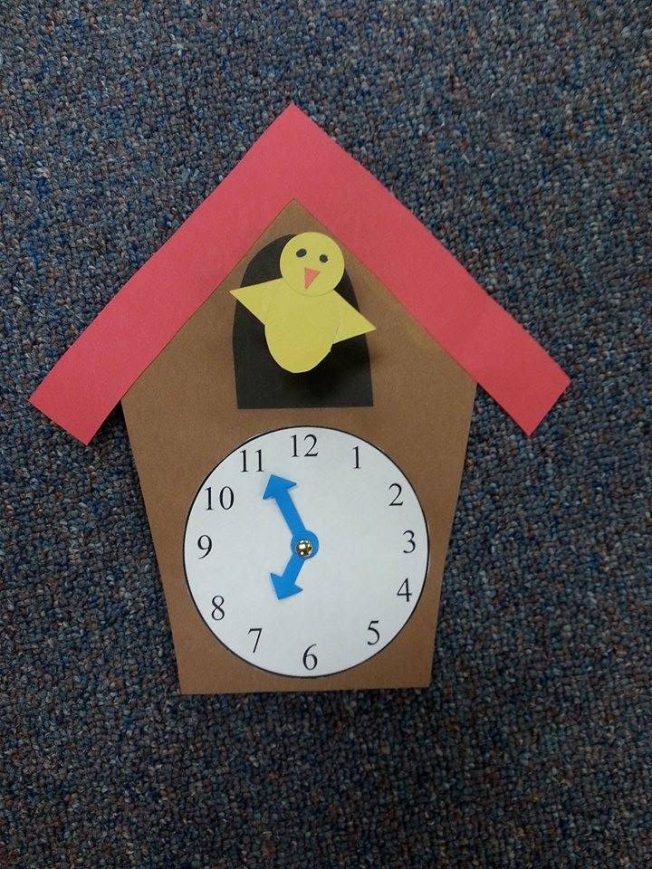 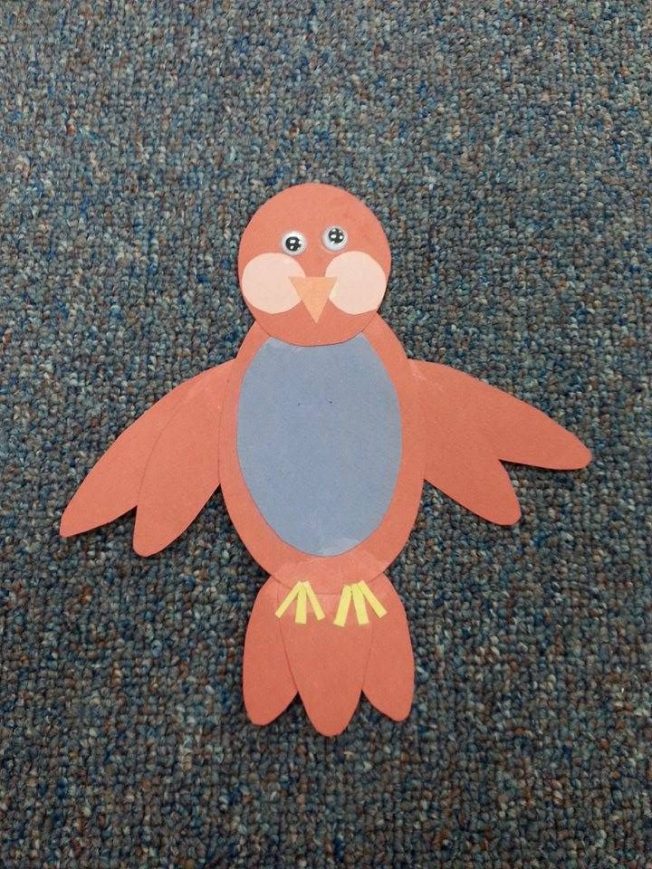 A bird for the “Aviary.”

Goudshaal traced the swan outline with chalk on black construction paper, then provided the orange bill cutouts and white scrap paper which students tore and glued on as “feathers.”

As an alternate for the lion, you could make a mask similar to this (full directions at learn create love): 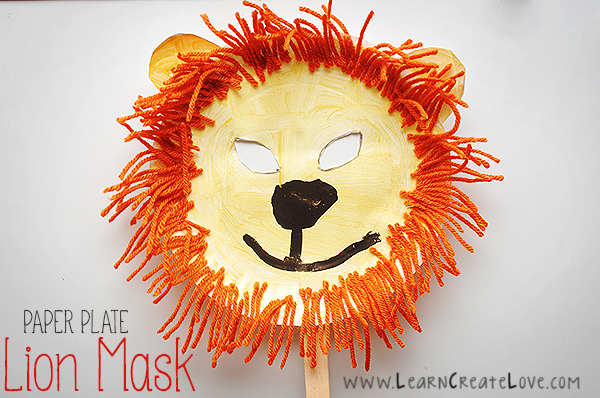 You don’t have to cut out the eyes, or add the popsicle stick.

Instead of cutouts, another way to portray the animals is with scratch art (directions here).

If the students are reluctant to draw the animals freehand, you can provide a photocopied line drawing of the animal which they can fasten with paperclips on top of the prepared art paper (as in the directions cited above) and trace HARD with a pencil.

You can probably come up with many creative ways to make the animals. (I confess, the torn-paper swan is my favorite.)

Getting back to the music, which movement do you like best? I love Aquarium. So mysterious.

Share your ideas about combining music and art for children in the comments below.