And the punch line to the old joke above went like this: “About $6.50 an hour.” But seriously…

The earliest ceramic crafting in the Aegean region appeared around 7000 B.C. The finest examples of ancient Greek pottery date from 1000 – 500 B.C. Due to the durability of the medium, much still exists.

Pots were created in a variety of different shapes and sizes according to its intended use. The Greeks used large and medium-sized pottery vessels to store, transport, and drink wine, water, and other liquids. Smaller pots were used as containers for perfumes and unguents. At least 13 different shapes of Greek pottery have been identified, including bell krater, lebes, skyphos, aryballos, hydria, volute krater, kantharos, psykter, kylix, stamnos, alabastron, oinochoe, lekythos, and amphora. 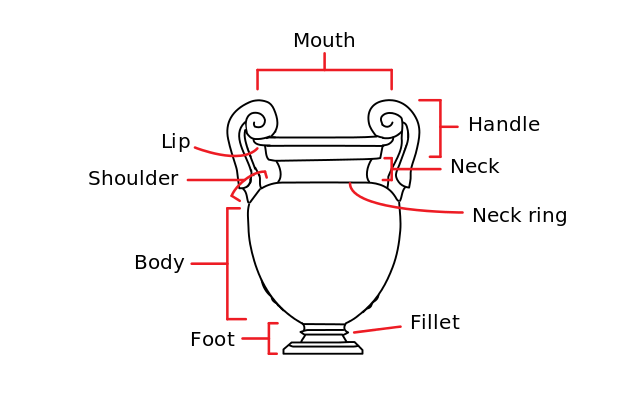 The earliest stylistic period of Greek pottery is the Geometric, lasting from about 1000 to 700 B.C. Geometric pots were decorated with patterns in which circles and arcs predominate, later embellished by Greek keys, checkerboards, triangles, and herringbone. 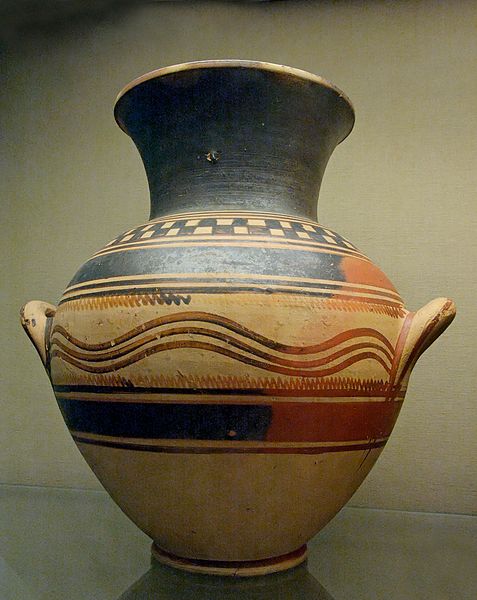 Later Geometric style is characterized by the gradual appearance of animal and finally human figures. These too could be described as geometrized, having angular silhouettes and arranged symmetrically, usually in strips around the pot. Figures were usually portrayed in profile. Narrative scenes from popular myths, particularly those about Heracles, were popular subjects.

Greatly expanded Greek trading activities during the late 8th and early 7th centuries B.C. led to a growing Eastern influence on Greek pottery painters. Asian motifs supplanted the older, more geometric ones, leading to the Oriental period. New subjects appear, especially mythical creatures such as the sphinx, siren, and griffin, as well as exotic animals. The Corinthian painters created a silhouette technique in which figures painted in the characteristic black glaze were incised with thin lines to show detail. 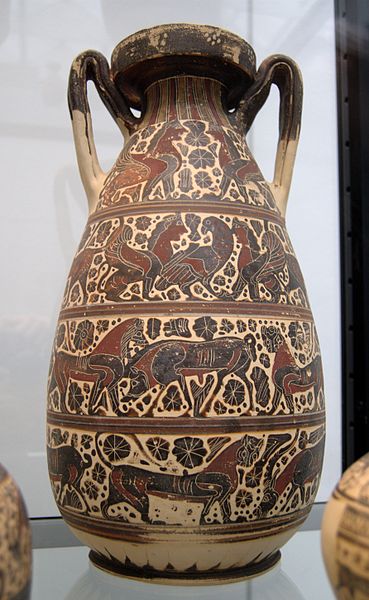 Athenian painters adopted this Black Figure style around 630 B.C., featuring narrative scenes composed of black figures painted on a light background, with the remaining surface of the vase painted a deep, lustrous black. From 600 B.C. on, Athens became the dominant center for Greek pottery, due to the superior quality of their clay, pigment, and decoration. It was during this period that the practice of signing pots by potters and painters first became common. 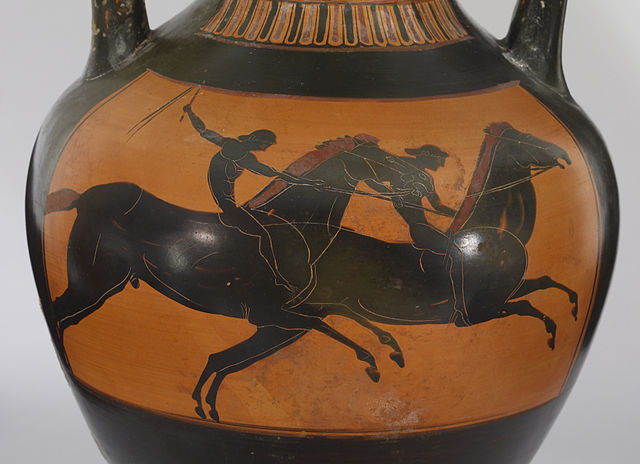 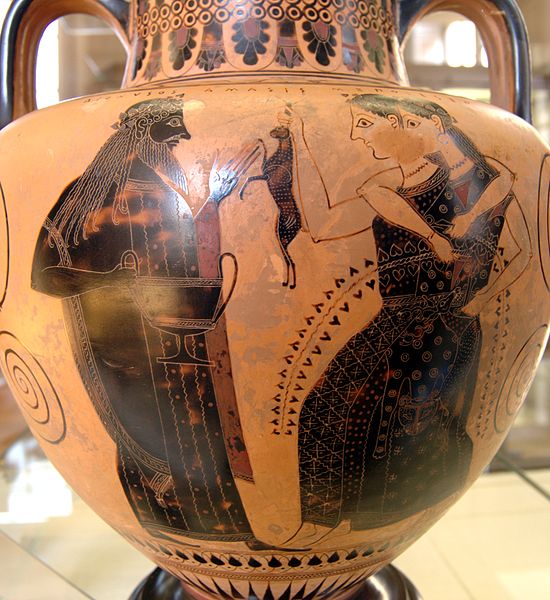 The Red Figure style, developed in Athens about 530 B.C., is composed of reddish figures that  appear light against the black background of the pot surface. Details of the figures such as eyes and interior lines were painted on in black. The red-figure technique produced a more natural treatment of human figures. The red hues evoked the color of sun-bronzed flesh. Around 500 B.C. Greek artists began to use three-quarter frontal poses instead of profiles, as well as depth and perspective. Variety was achieved by the use of different poses, gestures, and expressions to depict the details of narrative action and plot. The repertoire of subjects included scenes from everyday life as well as the standard heroic and mythological themes. 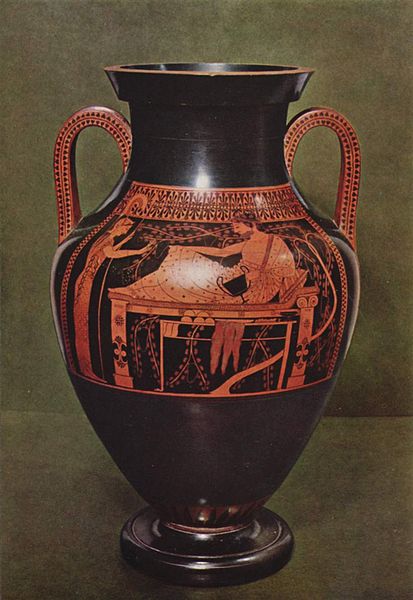 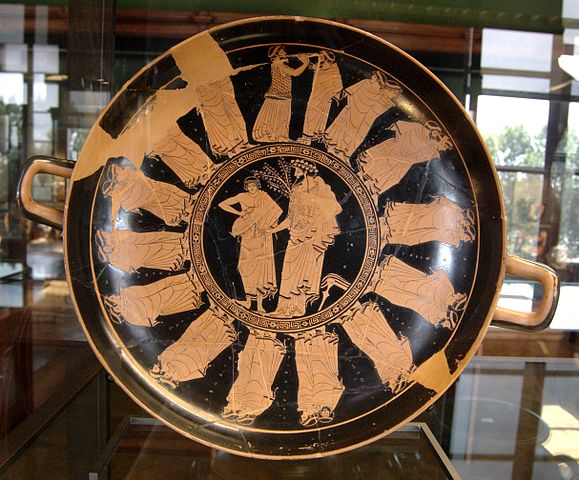 Greek pottery began to decline in the mid-5th century B.C. because of the inherent limitations of the curved pot surface. Pottery painters could no longer compete with the innovations of other media toward naturalism.

For further information about Greek pottery, click these links: